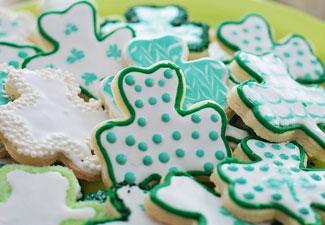 St. Patrick’s Day is nearly here! For years, the Irish holiday has been celebrated all around the world. Will you be celebrating on Sunday 17th March?

What is St. Patrick’s Day?

St. Patrick’s Day, also known as the Feast of Saint Patrick, is a religious and cultural celebration which is always held on the 17th March. This global celebration of Irish culture signifies remembering St Patrick, one of Ireland’s patron saints who introduced Christianity to Ireland during the 5th century.

Every year, parades and events are held around the world as millions celebrate this day.

Saint Patrick, whose real name is believed to be Maewyn Succat, was born in Roman Britain in 385 AD. At the age of 16, Patrick was kidnapped by pirates and sold into slavery in Ireland. During his six-year captivity, he herd and tended to sheep. During this time, he became fluent in the Irish language.

He escaped his captivity and turned to the church, becoming a priest. This is when he took on the name Patrick. He returned to Ireland in 432 AD to convert the Irish to Christianity. When he died on March 17th 461 AD, he had established monasteries, churches and schools.

Every year, on the date of his death, celebrations are held to honour Saint Patrick.

How You Can Celebrate St. Patrick’s Day

There are numerous ways you can celebrate St. Patrick’s Day, why not:

Why not craft your own St. Patrick’s Day card in honour of the celebration? Our All Occasions Whopper Topper Pad is perfect for the occasion. Not only does it offer 20 different designs, the incredibly versatile artwork means it can be used for a number of different occasions and celebrations – including St. Patrick’s Day.

The ‘Good Luck’ sentiment and shamrock designs add a beautiful effect to your card. Take a look at our stunning card below we created using our All Occasions Whopper Topper Pad.